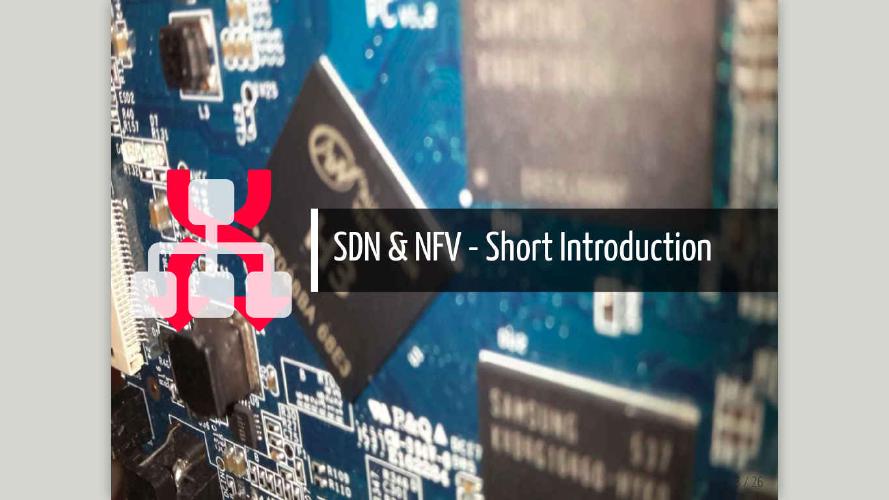 SDN is merely set of abstractions for control plane: Not a specific set of mechanisms; OpenFlow is only an implementation of the SBI in SDN concept. SDN involves computing a function, NOS handles distribution of state. SDN involves computing a function on an abstract network, services can ignore actual physical infrastructure. Network virtualization is the 'killer app' for SDN.

What Should I Remember About SDN?

SDN is merely set of abstractions for control plane

SDN involves computing a function on an abstract network

Network virtualization is the “killer app”

Networks have changed a lot in the last two decades, and we can only expect the evolution to continue as our world becomes more connected. And SDN is no longer just a buzzword for things to come. It is real and happening as we speak.

Many organizations all over the globe and of all sizes are deploying SDN. Why? The simple answer is - because they have to.

In order for companies to meet their customers’ changing needs and deliver new services, they must have strong networks that work at the speed of today’s business.

Networks are facing a tipping point with the growth of mobile data and the need to simultaneously operate over multiple transmission technologies, especially wireless. The rise of IoT means that networks will inevitably be handling an influx in big data and an increase in network traffic.

With 5G networks, the needs of a wide variety of devices and applications will be met so that IoT service providers or enterprises will not need to worry about the details of the network or radio technologies involved. The variety of these devices and applications requires a highly flexible infrastructure, with its behavior dynamically programmed by software (hence SDN).

“Survival,” was Donovan’s immediate answer, noting that it isn’t just advantageous to be pursuing a virtualization strategy seemingly so quickly – it’s “absolutely necessary,” he added.

“Let me remind you that’s just the WAN.. In our traditional IT environment, which we don’t have any more, in our target architecture there, we are already 60% in the cloud and at the end of the year we will be at 80%. So we are marching into the cloud in every dimension in everything we do, as quickly as we can.”