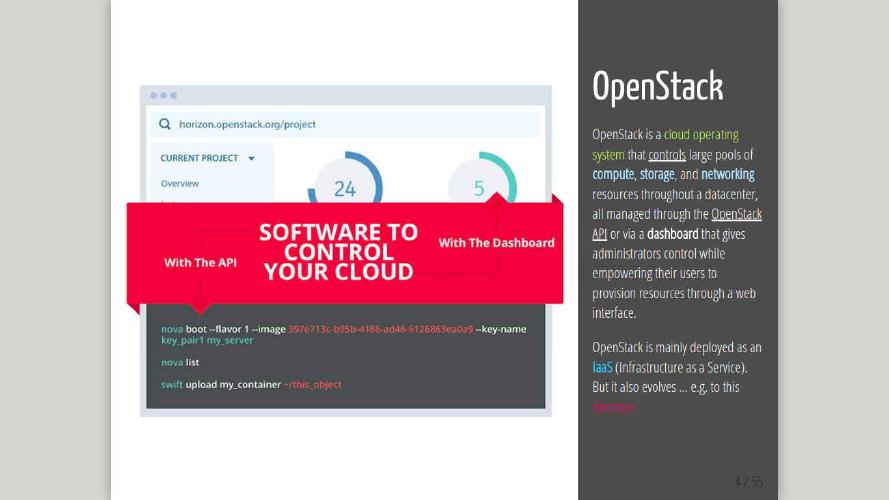 OpenStack is a cloud operating system that controls large pools of compute, storage, and networking resources throughout a datacenter, all managed through the OpenStack API or via a dashboard that gives administrators control while empowering their users to provision resources through a web interface.

OpenStack is mainly deployed as an IaaS (Infrastructure as a Service). But it also evolves … e.g. to this direction

Backed by a vibrant community of developers and some of the biggest names in the industry.