We are Stardust, by Design 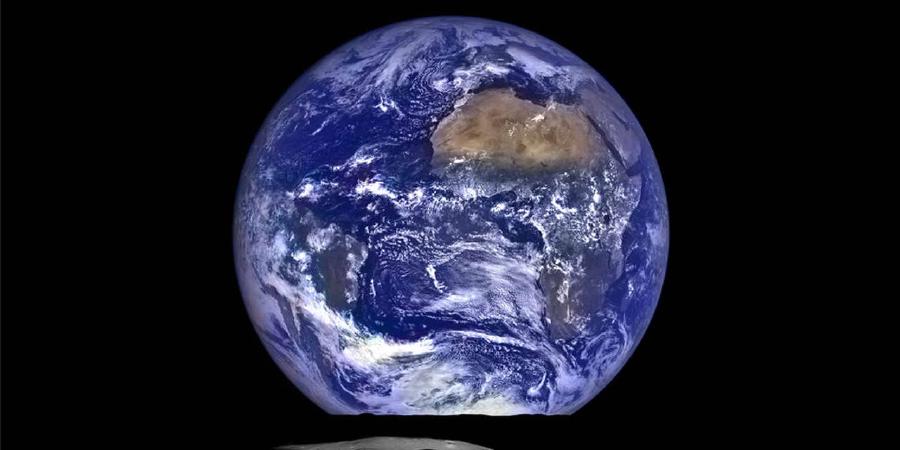 A collection of quotes related to cosmos, space, astronomy and the likes as a note to self. Perhaps someday I need this for some stories.

The nitrogen in our DNA, the calcium in our teeth, the iron in our blood, the carbon in our apple pies were made in the interiors of collapsing stars. We are made of star stuff.

Every one of us is, in the cosmic perspective, precious. If a human disagrees with you, let him live. In a hundred billion galaxies, you will not find another.

We are like butterflies who flutter for a day and think it is forever.

The beauty of a living thing is not the atoms that go into it, but the way those atoms are put together.

Atoms are mainly empty space. Matter is composed chiefly of nothing.

We are star stuff which has taken its destiny into its own hands. We are a way for the cosmos to know itself.

There’s as many atoms in a single molecule of your DNA as there are stars in the typical galaxy. We are, each of us, a little universe.

We are part of this universe; we are in this universe, but perhaps more important than both of those facts, is that the universe is in us.

We live on this speck called Earth - think about what you might do, today or tomorrow - and make the most of it.

You have to remember we brought back a picture of the Earth as it is 240,000 miles away. And the fact is, it gives you a different perspective of the Earth when you see it as three-dimensional between the sun and the moon, and you begin to realize how small and how significant the body is … When I put my thumb up to the window I could completely hide it, and then I realized that behind my thumb that I’m hiding this Earth, and there are about 6 billion people that are all striving to live there.

You have to really kind of think about our own existence here in the universe. You realize that people often say, ‘I hope to go to heaven when I die,’ … In reality, if you think about it, you go to heaven when you’re born ( Lovell meant the remarkable situation we find ourselves in: floating on a cozy rock that is drifting through the seemingly endless void of space)

You arrive on a planet that has the proper mass, has the gravity to contain water and an atmosphere, which are the very essentials for life … And you arrive on this planet that’s orbiting a star just at the right distance — not too far to be too cold, or too close to be too hot — and just at the right distance to absorb that star’s energy and then, with that energy, cause life to evolve here …

In reality, you know, God has really given us a stage, just looking at where we were around the moon, a stage on which we perform. And how that play turns out is up to us, …

Circling the Earth in my orbital spaceship, I marveled at the beauty of our planet, … People of the world, let us safeguard and enhance this beauty, and not destroy it.

When I first looked back at the Earth, standing on the Moon, I cried.

The thing that stuck out to me was the shades of blue that I had never seen before,.. It’s just an emotionally intense experience to see Earth. To look back at your home planet is not anything normal.

That beautiful, warm living object looked so fragile, so delicate, that if you touched it with a finger it would crumble and fall apart

This is a fragile ball of life that we’re living on.. It is hard for you to appreciate that until you are outside of it.

I really believe that if the political leaders of the world could see their planet from a distance of 100,000 miles their outlook could be fundamentally changed,..

From out there on the Moon, international politics look so petty. You want to grab a politician by the scruff of the neck and drag him a quarter of a million miles out and say, ‘Look at that, you son of a b**ch.’

If your ego starts out, ‘I am important, I am big, I am special,’ you’re in for some disappointments when you look around at what we’ve discovered about the universe. No, you’re not big. No, you’re not. You’re small in time and in space. And you have this frail vessel called the human body that’s limited on Earth.

Even with all our technology and the inventions that make modern life so much easier than it once was, it takes just one big natural disaster to wipe all that away and remind us that, here on Earth, we’re still at the mercy of nature.

Do you realize that if you fall into a black hole, you will see the entire future of the Universe unfold in front of you in a matter of moments and you will emerge into another space-time created by the singularity of the black hole you just fell into?

I have a personal philosophy in life: If somebody else can do something that I’m doing, they should do it. And what I want to do is find things that would represent a unique contribution to the world - the contribution that only I, and my portfolio of talents, can make happen. Those are my priorities in life.

The only way you can invent tomorrow is if you break out of the enclosure that the school system has provided for you by the exams written by people who are trained in another generation.